The Ingá Park is my favorite place in Maringá (a city in the Paraná state, Brazil). Every time I am in the city I try to go there. It is a big park, so green with lots of trees, packed with birds and… just in the city center! It would be a sea of tranquility if it were not for some people that insist on walking listening to loud music.

Right in the middle of the park there is a lake, with a small island. I was so happy when I discovered its inhabitants: a colony of Red-rumped Cacique (Cacicus haemorrhous), and their many hanging nests through the vegetation. The island is also a resting place for the Neotropic Cormorants (Phalacrocorax brasilianus), the Striated Heron (Butorides striata), the Amazon Kingfisher (Chloroceryle amazona) and to many little tortoises. 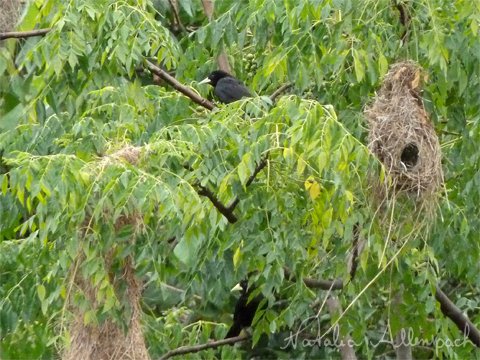 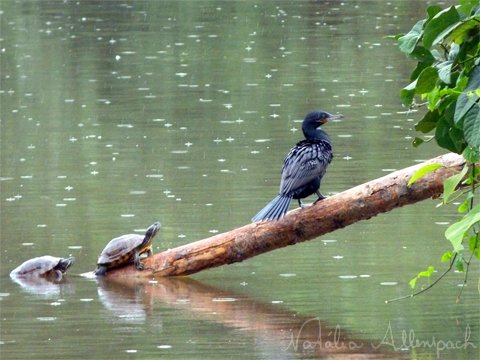 Inside the park, the bird that calls more attention (disregarding the flamboyant peacock that was released there) is the Plush-crested Jay (Cyanocorax chrysops). Big flocks make a huge mess, showing no fear for people passing by. Rufous-bellied Thrush (Turdus rufiventris) are everywhere, just as the Great Kiskadee (Pitangus sulphuratus), the Rufous Hornero (Furnarius rufus), the Picazuro Pigeon (Patagioenas picazuro), the Shiny Cowbird (Molothrus bonariensis) and the Streaked Flycatcher (Myiodynastes maculatus). Soon in the morning the laughter of the Barred Antshrike (Thamnophilus doliatus) fills the air. In the fall I saw a Blond-crested Woodpecker (Celeus flavescens) posing, so easy tho photograph. Murphy´s Law: of course I was not carrying my câmera. 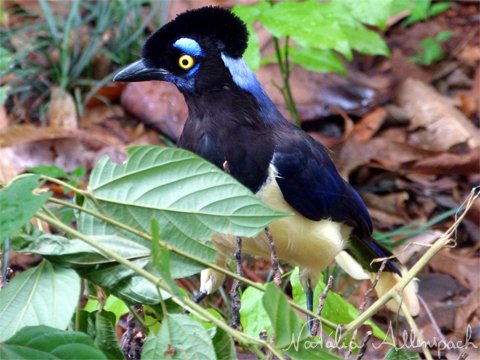 The park is famous because of the Common Marmosets (Callithrix jacchus), that dominate the area. It is a species originally from the Northeast of Brazil, but that was introduced here more in the South. Today it is easy to find them in forests in the Southeast region, sometimes replacing the native Black-tufted Marmoset (Callithrix penicillata). Not too long ago the Ingá Park had to be closed, once many Marmosets died misteriously. 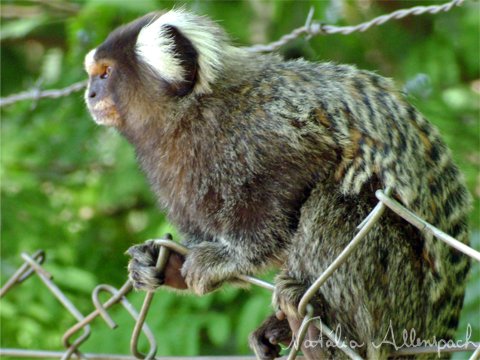 Another nice place for birdwatching in Maringá is the UEM – Universidade Estadual de Maringá (State University of Maringá). The trees at the parking lots hide many colorful species, like the Purple-throated Euphonia (Euphonia chlorotica), the Burnished-buff Tanager (Tangara cayana) and the Boat-billed Flycatcher (Megarynchus pitangua). On the grass it is easy to find Chalk-browed Mockingbirds (Mimus saturninus), Cattle Tyrants (Machetornis rixosa), Southern Lapwings (Vanellus chilensis) and Smooth-billed Ani (Crotophaga ani). 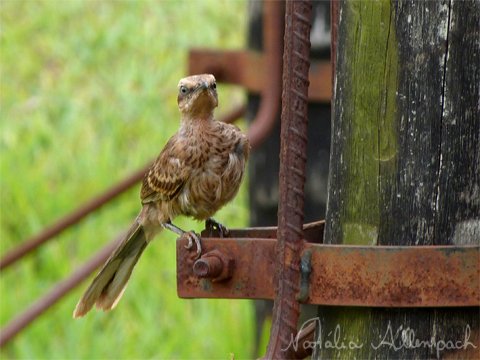 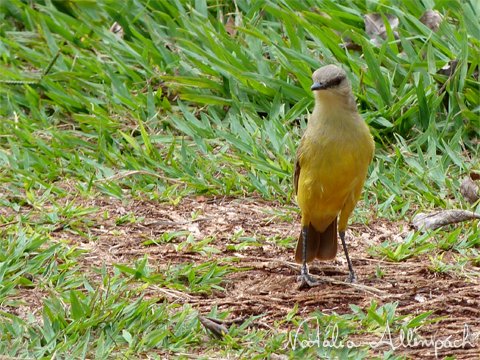 And to end my last trip to Maringá in style , a spectacle of swallows at the bus station! They are thousands, arriving late afternoon just to sleep under that immense roof. Of course the situation has caused many trouble to staff and travelers… It’s a real bombardment inside the bus station! That´s why a big part of the roof has already been isolated with netting. The picture below shows a little part that remais open, being used by the swallows as perch. I am not sure about the species identification. It is big, with light chest, looks like a Brown-chested Martin (Progne tapera). In Wikiaves’s site there is a nice picture of the flock arriving the bus station and there it was identified as the Purple Martin (Progne subis). 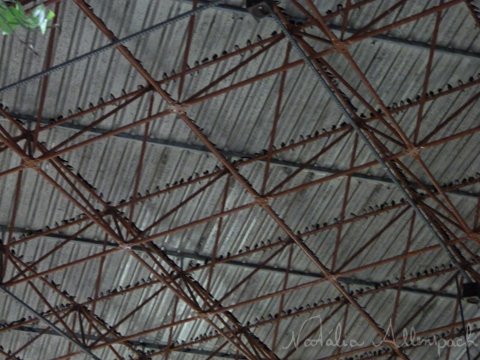