Came out this week the first version of the 3D Bird Anatomy Software, possibly the first program designed specifically to assist the teaching of Bird Anatomy. Using this software, you can make a “virtual dissection” of a Rock Pigeon (Columba livia), a species that was chosen because it is widely used in practical classes in undergraduate courses in Biological Sciences.

I’ve been working as a consultant for the project for a few months, and I had never imagined that so much work is necessary to produce this kind of stuff! Each feather, bone, muscle and organ needs to be modeled in three dimensions, textured (to look like the actual structure) and receive a caption. In fact, two captions, as for now the software is available both in English and Portuguese. And all of this not to mention the programming part, which is the magic that makes the whole thing work together.

All this work is done by the staff of Biosphera, a Brazilian company that creates tools to assist the teaching and study of Anatomy since 2005. For example, they have developed similar software on the dog and the horse, used primarily by veterinarians. There is also a specific software on the human body, used by physiotherapists, physicists and professionals of Physical Education. But creating the model of a bird in three dimensions was a task quite different from the previous work. The greatest challenge? Feathers! Especially the feathers of the wing, which had to be added and adjusted one by one, so that their disposal would be as accurate as possible to the real: primary remiges, secondary remiges, alula, great coverts… It was not easy!

The software is still in beta version, which means it may contain some mistakes, but it already is fully functional. Those who wish to take advantage, this version is 20% off, and entitles to all future updates at no additional cost. Later will be released a version for Android (tablets and smart phones). 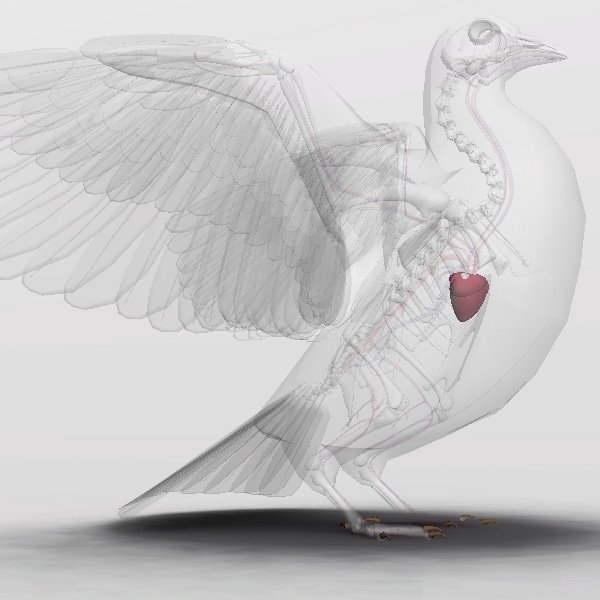 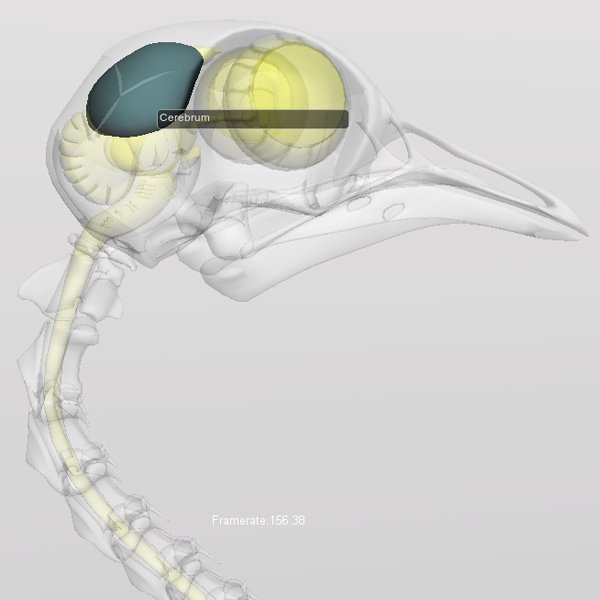 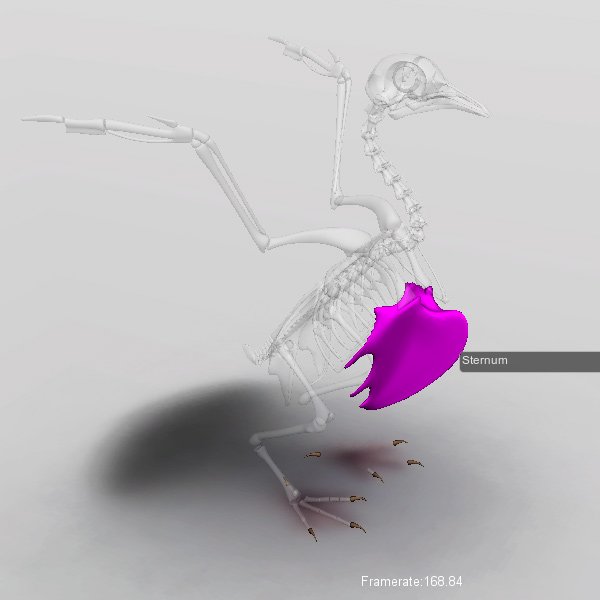